Karma is Demon of misfortune. He likes to refer to himself as Jokester Demon.

He likes to joke with a sheep accent, and when he says his name to someone, he pronounces it Ka'ama.

When he is turning in to his real demonic form he doesn't talk this way anymore and pronounces his name correctly.

Karma likes to play pranks and be around people. He is particularly drawn to bad behavior. As his name suggests, he plays the role of the Karma. He likes to return misfortune to those who misbehave. Karma feeds on this and gets very excited when he finds someone who has "a long list of strokes" for which they have yet to get something in return. In Karma's view he sees yellow or red lines on the bodies of others. They can be removed by equaling the stroke. Anyone and any kind of misfortune can do this. Karma is happy to help with this. If he eliminates a stroke by bringing misfortune to the individual, he feeds on it. He can feed on good things too, but they are not quite as "tasty" as the bad ones and mostly he ignores green strokes. He can also sometimes be seen eating regular food, but is believed to be doing so in disguise.

Karma can use demonic magic that can often be seen visually with the floating stones moving around its tail and wrists. He can let others see in his vision if he offers them a stone to see through. The other person can see the yellow lines with the yellow stones and the red lines with the red. Karma also has access to a demonic fire that he rarely uses.

When he see's an individual who is unlikely to change for the better and has many strokes on them, karma gets excited and attached. He will follow that person and hunt them down. When he is onto somebody and get very excited a blazing flame appears hovering on top of his horns. If the individual shows no regret or change for the better, Karma turns into a giant monster and pulls that person's soul to hell. 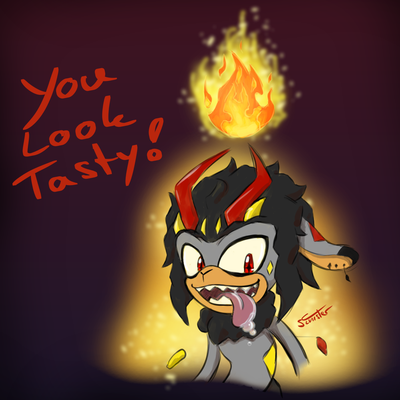 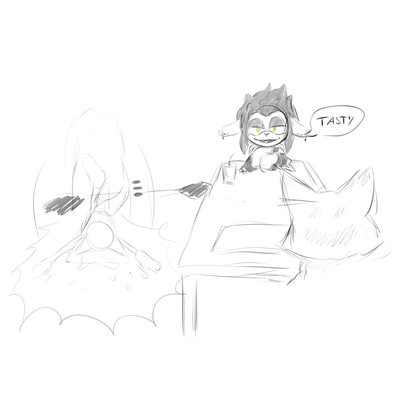 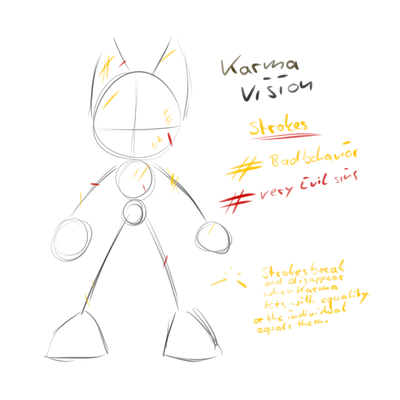 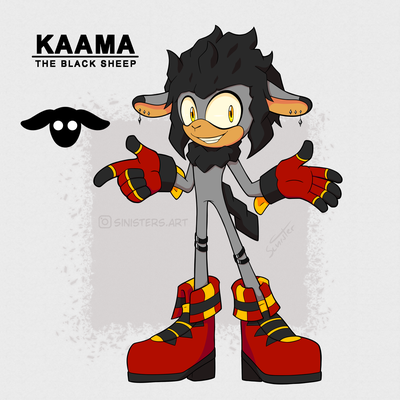 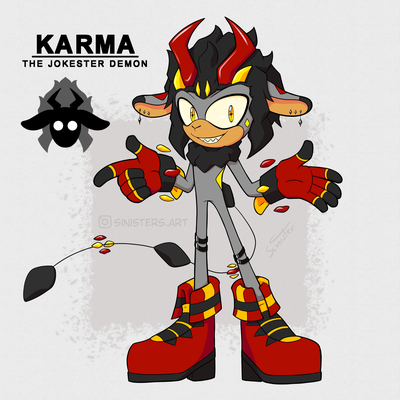