Chryon is the 18th of the MD Series built by an unknown manufacturer. The MD Series are robots based on the data of the artificial Chaos. Specially made for withstand chaos energy based attacks. Their weapons and shields are powered by this energy. The MD Series was created as a guard system, for protecting lifeforms with the priority mission to teach in combat. Besides chryon, there is no other MD known to be intact.

Chryon is able to talk and shows emotions with the LED eyes. While Chryon is often seen by others as another dangerous battle robot, they would never hurt a living being if not totally necessary. The priorities are often set a bit extreme by Chryon. Destroying environment to accomplish a mission for example is a acceptable „collateral damage“. Also some of Chryons favorite words.

Chryon is the only one who Despair really trusts and interacts with. Together they try to stop Neo. 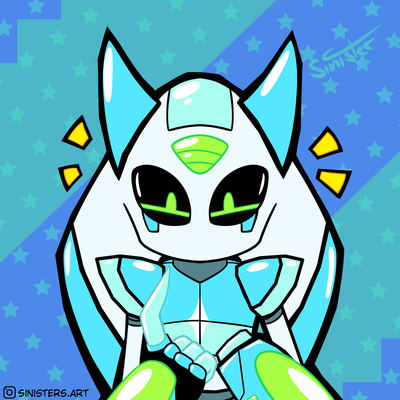 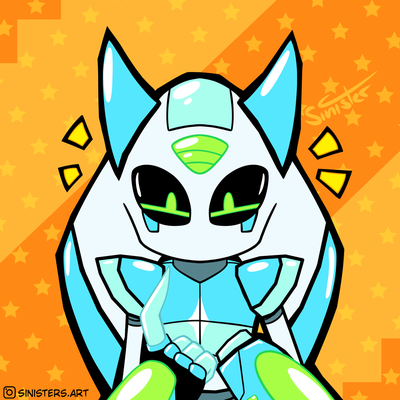 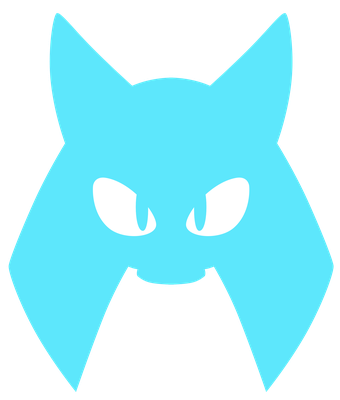 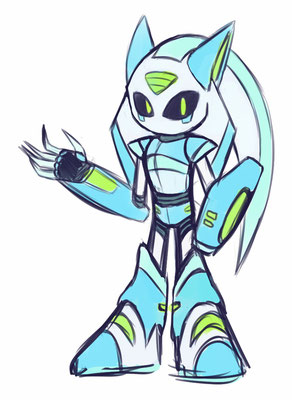 The first and only Image I did back in the Days of Chryon.